Big Macs for the Homeless 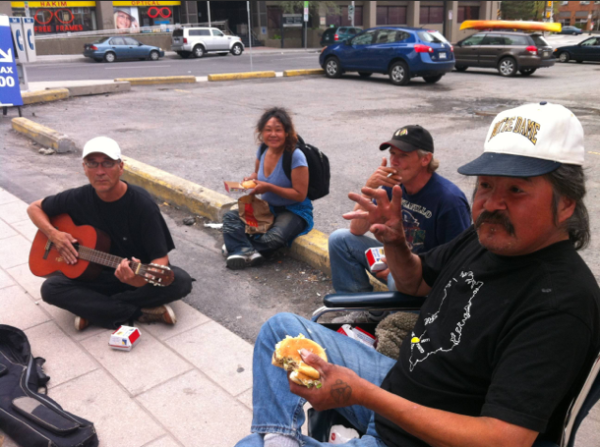 In May 2013, the Canadian ice hockey team the Ottawa Senators scored a goal in the last minute of the third period, and because of a promotion by McDonalds, every fan who presented their ticket stub at the restaurant counter would get a free Big Mac. Redditor Engjosh88 and some of his friends asked people to donate ticket stubs to them so that they could give them to some homeless people. They collected 24 ticket stubs, and some homeless people were able to chow down on Big Macs.

For Further Information: “McDonald’s Promo Into A Meal For The Homeless (PHOTO).” Huffington Post. 23 May 2013

For Further Information: Engjosh 88, “Because the Ottawa Senators scored in the last minute of the third period, tickets were each worth a free Big Mac yesterday. My friends and I gathered all the tickets we could find and gave out burgers to the homeless. 24 in total.” Reddit. 22 May 2013