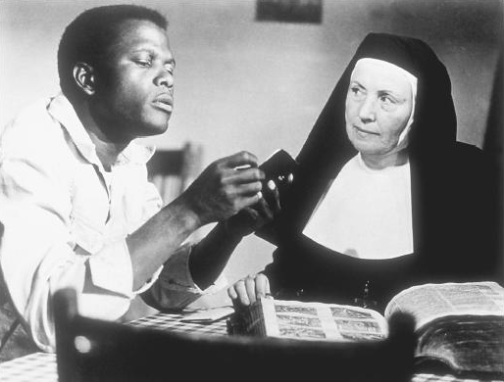 Sidney Poitier, who in 1963 became the first black actor to win an academy award as Best Actor (for his performance in Lilies of the Field), dropped out of school when he was very young, and he could not read well. Fortunately, a man taught him. Mr. Poitier thanked the man in People Magazine: “I left school at 12-and-a-half. But I wanted to be knowledgeable, even though at the time I did not know that such a word existed. I was working in Queens as a dishwasher, and one evening I was sitting in the dining room trying to read the newspaper. This Jewish waiter walked over, stood looking down at me and then said, ‘What’s new in the paper?’ I said, after hesitating, ‘I can’t tell you because I can’t read very well.’ He said, ‘Oh, would you like me to read with you?’ That night and every night, that man, whoever he was, sat next to me and taught me to read — not just the pronunciation and meaning of the words, but what a comma was, what a period was. I eventually had to go to work elsewhere, and I never got a chance to go back and tell him what a gift he gave me. I never ever got an opportunity to thank him.” As of June 2013, Mr. Poitier had written three autobiographies and one novel.

For Further Information: “Sidney Poitier thanks good Samaritan who taught him how to read.” Star Pulse. 12 June 2013