“The Reason I was Crying is Because I had So Much Joy that I had Just Made Two Teens So, So Happy” 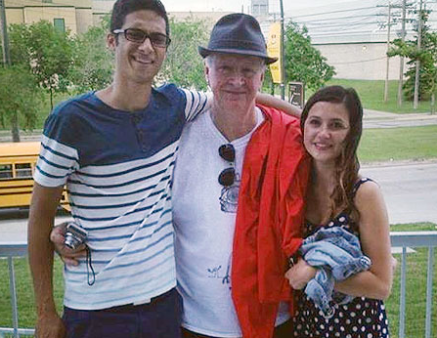 On 22 June 2013, Taylor Swift performed at Investors Group Field in Winnipeg, Manitoba, Canada. Roxy Lacroix and her boyfriend showed up with tickets that they had bought on Kijiji, Canada’s largest free classified website; unfortunately, the tickets were fake and so they could not get into the concert. Ms. Lacroix cried, and an older man offered her his ticket. She turned him down because she was with her boyfriend and she wanted to see the concert with him. She said, “And he’s like, ‘You know what?’ And he takes out his wallet, takes out another ticket, and he’s like, ‘I have two to give to you guys.’” Ms. Lacroix knew only the older man’s first name: Raymond. She wanted to thank him a second time, so she posted on social media a photograph of him, her, and her boyfriend. Quickly, Raymond was identified. He is Raymond Bernier, and Ms. Lacroix spoke to Mr. Bernier by telephone and thanked him again. She said that he had ridden a city bus home and cried all the way. Ms. Lacroix said, “He’s like, ‘The reason I was crying is because I had so much joy that I had just made two teens so, so happy.’”