“I Love You. You are My Favorite” 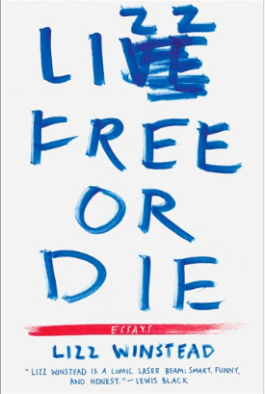 A few months before the father of comedian Lizz Winstead died, he knew that he was going to die, and so he sent each of his children a card that they were not supposed to open until after he had died. Lizz opened it immediately. Her card showed a photograph of the skyline of Manhattan. On the card, her father had written, “I love you. You are my favorite. Please don’t tell all the others.” This card made Lizz feel elated. After Lizz’ father died, all of her siblings and her mother were talking about him and the cards he had sent to each of his children, and it became clear that each of his children had opened his or her card and read it. Lizz’ mother said, “Dad wanted you to open those cards after he died, and since you all went against his wishes and already have, I would love to hear what he wrote to each of you.” Then she asked Lizz to tell everyone what her father had written to her. Lizz tried to get out of revealing the contents of her card, but her mother was insistent. Lizz thought about lying, but she could not lie immediately after her father had died. Finally, Lizz said, “The card said, ‘I love you. You are my favorite. Please don’t — ’” and all of her siblings said along with her, “tell the others.” And everybody laughed. In Lizz Free or Die, Ms. Winstead’s book of autobiographical essays, she writes about her father, “He knew we all would open that card the second we got it. And he knew how we would all believe what he wrote. And relish it and find some smug superiority in it. But more than anything else, he knew how hard we would laugh when we found out, having to laugh at our own ridiculousness and remembering that he made us laugh, even after his death. He knew that this moment would be more precious than ever feeling like the favorite.” Lizz’ mother also really loved her (and Lizz’ siblings). While attending Minneapolis Southwest High School in Minnesota, Lizz played Marian in the high school’s production of The Music Man. To get the part, she outperformed another girl — a girl who wrote a review of the production and severely criticized Lizz, whose feelings were hurt. Lizz cried as she read the review to her mother, who hugged her and told her that she had worked hard and that the review was garbage. Then, without Lizz knowing it, her mother talked to the high school principal and told him that allowing a girl who had tried out for a part in the play and not gotten it to write a review of the actress who had gotten the part was an obvious conflict of interest. In the high school newspaper, the principal apologized for the review. Lizz writes, “It did not mention that the girl who wrote it had lost the part to me, but it did include some crappity crap that the play was a smash and that all the performers were very talented. That crappity crap made me feel better.”