Posted on October 7, 2013 by davidbruceblog 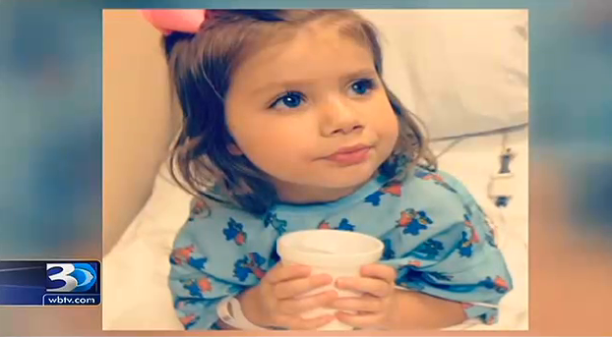 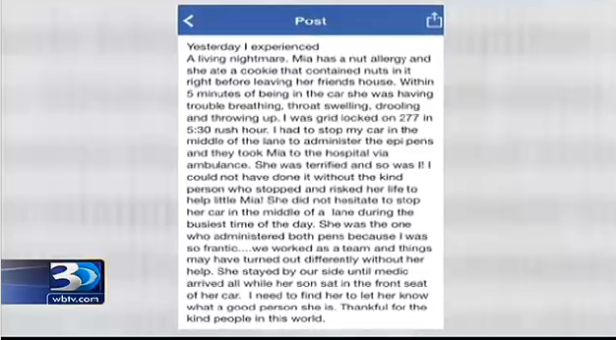 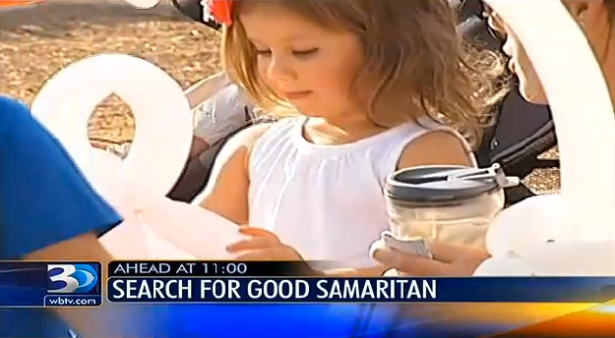 On 1 October 2013 during rush hour in Charlotte, North Carolina, Jill Fowler’s daughter, Mia, had an allergic reaction to peanuts. Jill Fowler was driving on Interstate 277 and she could not pull over, so she stopped in the middle of the highway. Fortunately, a woman appeared and asked her, “Do you need help?” She did need help. She was eight months pregnant, and her two-year-old daughter had eaten a cookie with peanuts in it at a friend’s house. Mia said, “It’s a bad cookie.” Her mother said, “She was drinking a ton of water, but I didn’t notice any hives on her so I still felt she was okay. Maybe just something got caught in her throat.” Unfortunately, Mia soon grew worse. Jill Fowler said, “The second I got on to 277, it was exactly 5:30 rush hour and I looked back and she had started drooling and the breathing had gotten a lot more harder for her.” Jill Fowler needed to stop the car. She said, “I stopped my car then and there, put my flashers on, got out. The second I opened the door I heard a woman say, ‘Do you need help?’ And I was like, ‘Yes, please.’ I was frantic and shaky, and I knew that Mia was getting worse by the second.” The Good Samaritan was middle-aged, taller, slender, and blond. She drove a gray Mini-cooper. Jill Fowler said, “I kind of blanked. I couldn’t remember how to use the epi-pen, how to open the epi-pen, and she was so calm. She helped me do everything.” An epi-pen is an Epinephrine Auto-Injector, and it is used when someone is showing symptoms of a possibly life-threatening allergic reaction (anaphylaxis). Mia is now fine. Jill Fowler did not get the Good Samaritan woman’s name, but she wants to say thank you to her. Mia also knows what to say to her. Mia said, “Thank you.” Jill Fowler posted this online the day after the Good Samaritan saved her daughter’s life: “Yesterday I experienced [a] living nightmare. Mia has a nut allerg[y] and she ate a cookie that contained nuts in it right before leaving her friend[’]s house. Within 5 minutes of being in the car she was having trouble breathing, drooling and throwing up. I was grid locked on 277 in 5:30 rush hour. I had to stop my car in the middle of the lane to administer the epi pens and they took Mia to the hospital via ambulance. She was terrified and so was I! I could not have done it without the kind person who stopped and risked her life to help little Mia! She did not hesitate to stop her car in the middle of the lane during the busiest time of the day. She was the one who administered both pens because I was so frantic … we worked as a team and things may have turned out differently without her help. She stayed by our side until medic[s] arrived all while her son sat in the front seat of her car. I need to find her to let her know what a good person she is. Thankful for the kind people in this world.”