Posted on October 21, 2013 by davidbruceblog 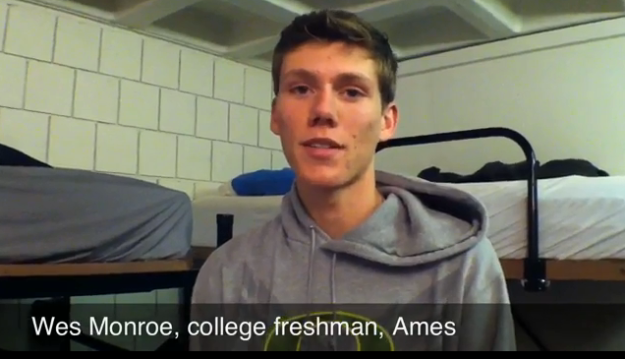 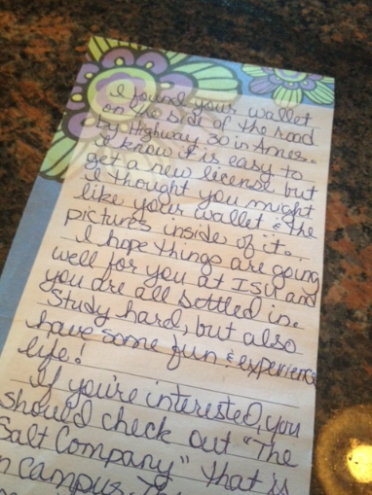 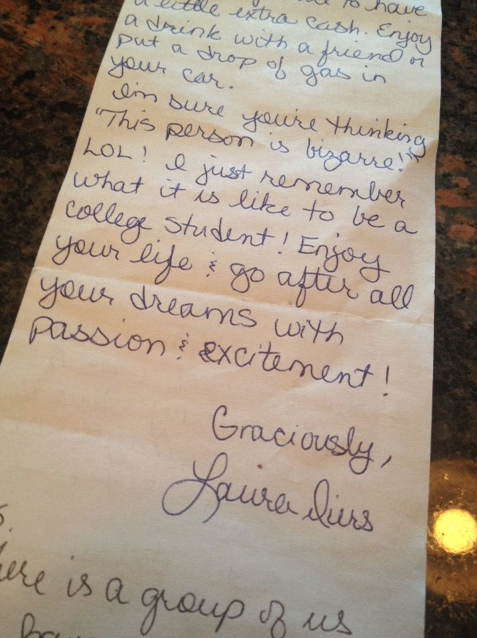 Source of Photographs and Screenshot:

In September 2013, Laura Diers found along the westbound entrance ramp to U.S. Highway 30 in Ames, Iowa, a wallet that had been lost by Wes Monroe, a first-year student at the Des Moines Area Community College campus in Boone, Iowa. He stays in a room in the Iowa State University dorms in Ames. Mr. Monroe had placed his wallet on top of his car while in a hurry to pay for his gas with a debit card at a gas station, forgotten about it, and driven away. Inside the wallet were Mr. Monroe’s driver’s license and college ID, along with such things as the high school senior photo of his girlfriend, Shelby Spencer, and a receipt for expensive college textbooks. Notably, the wallet contained no cash — nothing unusual for many college students. Ms. Diers mailed the wallet to the address shown on the driver’s license, along with $10 and a note of encouragement. She wrote him, “I know it’s not much, but it’s always nice to have a little extra cash. Enjoy a drink with a friend or put a drop of gas in your car.” Ms. Diers, age 41, has four children. She said, “I’ve been in those positions where it would’ve been really nice to get some encouragement from somebody.” However, she worried, “Maybe he’ll think I’m just some crazy lady!” Mr. Monroe was pleased to get his wallet back. He said, “It takes a special individual to go out and do something like that.” Mr. Monroe spent the $10 on gas. He said, “That’s pretty much what I do with all my money — gas or food.” He wrote Ms. Diers a thank-you letter. She promised to have the worshippers at Cornerstone Church in Ames to pray for him.