Check Out the Cosplay and Other Art of Khainsaw, aka Kama of the United States

Posted on December 2, 2013 by davidbruceblog

“So I went to my first convention on Friday, the Phoenix Comicon, and I had a lot of fun. Met some pretty cool people, got my book signed by Hussie, etc, etc. Next year I’m going to go the whole weekend though.  Anyways, my friend took this pic with my camera. It’s my first official cosplay ever! It was the end of the day and I was pretty tired so I didn’t know what to do with my face. It was surprising to me how well the makeup stayed on all day. This was even after I shoved my face full of pizza. I used snazaroo body paint in case you were wondering. I chose to cosplay Vriska because I am extremely broke at the moment, and I already had all of the clothes and the shoes that I needed. Also, so I didn’t have to use a wig. I only had to get a bunch of makeup, fangs, and make the horns! The contacts, I ordered them for my Wonder Woman costume I’m going to do in the fall, but they happened to be in my mailbox the morning of the convention so I was really excited. Vriska is my favorite troll, so even if I was loaded last month I probably would have still chosen her anyways! I’ll post more pics later.” 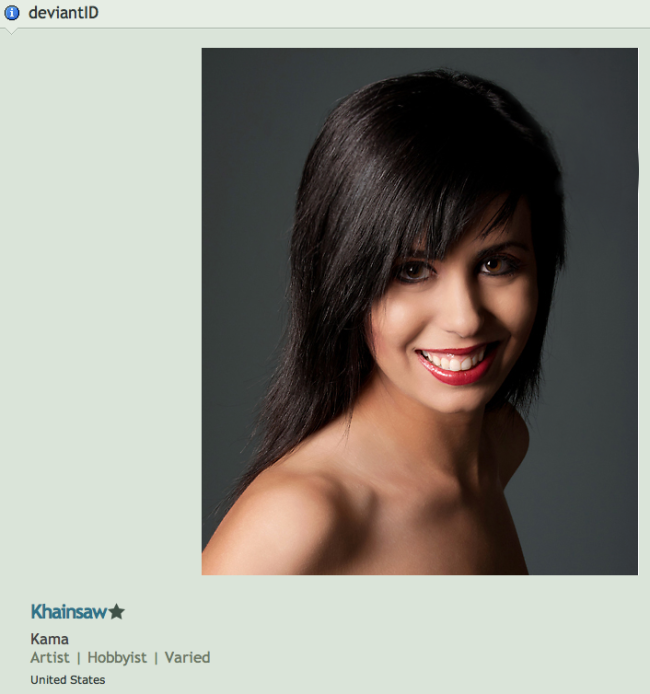 Check Out the Cosplay and Other Art of Khainsaw, aka Kama of the United States

For some stories of good deeds and anecdotes and cosplay, check out the rest of

This entry was posted in Uncategorized and tagged Cosplay. Bookmark the permalink.