“Is There a Person Whom You Met Once in Your Life and are Likely to Never Meet Again that You Sometimes Think Of? Who is that Person?”

Posted on August 3, 2015 by davidbruceblog 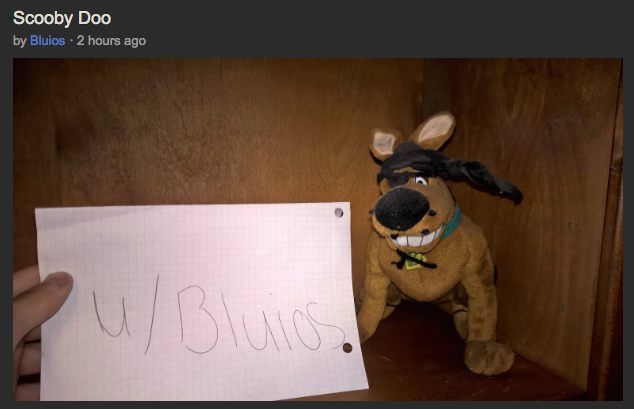 Here are some replies:

1) Bluios wrote this: “A long time ago, my father was in jail for a small misdemeanor crime (he served only a month) and my mom was out of the country.

“At the time, my parents were divorced, so my dad’s girlfriend was the one who was supposed to babysit me for the month. My mother didn’t like that. She called the police and they came to take custody of me since I wasn’t with a legal guardian. The cops then took me to an orphanage.

“Being the age of 7, [I thought that] this was the scariest thing ever. There were kids there who were bigger and the adults weren’t nice. I knew no one either. I was put in a room with four other kids and given a bottom bunk.

“After being put to bed, I cried and cried until the kid above me called my name. He then tossed me down a stuffed Scooby Doo animal with an eye patch and bandana. He said I could have it to make me feel better. It did. I took the thing in my arms and went to bed. When I woke up the next morning, he was gone.

“I’m grown up now. I still have the Scooby Doo on my dresser.”

2) alaniomartinetz wrote this: “When I was young, I remember a man visiting our house a little bit before Christmas. I can’t even really picture him now, but he was an obviously older man. Anyway, I was in the kitchen watching The Land Before Time on our small kitchen TV, when my dad let him in the house. They talked in the hall while I kept watching TV. Then they came into the kitchen and the older man approached me. I remember that I could tell he was nervous.

“He made small talk with me, and I made small talk back, but I didn’t know why he was there, so I wasn’t all that interested in him. I assumed he knew my parents and was just being polite by acknowledging me. I focused more on the film than the conversation.

“After a short time, he and my dad left the kitchen and continued their conversation, and I got back to the film. When I heard the front door close, I knew he’d left, and my dad came into the kitchen with a full, black bin bag. It was full of toys — stuffed animals, Lego sets, things like that. My dad told me the man had brought them for me.

“I learned later in life that the man was actually my grandad. He had Alzheimer’s (pretty far-gone, too) and as a result my mum decided it might be too painful for everyone involved to have him in my life. This year he just wanted to see me no matter what.

“He’s dead now. I never met him again after that day, but I’m told he came to watch one of my football games when I was a teenager, and made sure I didn’t know he was there. I often think about him, and what a relationship with him would have been like. I also kick myself for paying more attention to the film than to the person trying to get to know me as best as he could with his one and only opportunity to do so.”

3) qwertykitty wrote this: “When I was like 12-13, I went to a week-long summer camp. I was the really awkward, shy girl, and I always struggled to make/keep friends. Well, at this camp, I was being my usually awkward shy self and putting my sleeping bag and stuff on a top bunk in the cabin I was assigned, and another girl walks in and takes the top bunk next to mine. We just instantly clicked. I have never before or since clicked so perfectly with someone before and we were absolutely inseparable for the rest of the camp. I had the time of my life. I never learned her last name and we completely lost touch after the camp was over. Shawna, I hope life is as kind to you as you were to me.”

4) MyBobaFetish wrote this: “My ex had burned all of my belongings, including my purse and all my identification. I was on the street, and hungry. I went to the food stamp office, thinking maybe I could get some emergency assistance, because a friend told me they could do it same day if you were in desperate times. It was the end of the day, and the lady told me to come back tomorrow, and I asked if it could be in the morning because I was so hungry, and had no way to eat. She slid me ten bucks across the counter and said, ‘Please don’t tell my boss. I could be fired.’ Today, after leaving him, and in a WONDERFUL place in life where I get to be the one helping rather than the one being helped, I think of her often.”

5) Bebinn wrote this: “When I was 9, my parents had just gotten divorced. My mom moved my brother and me from Baltimore to Boston. As a newly divorced single parent, Mom didn’t have much money for necessities. One thing that she counted on was not having to buy boots for us until after Christmas. She wanted them to be a gift from Santa.

“She underestimated how cold canvas shoes can get in the winter in Boston. Snowy weather starts much earlier there than in Baltimore.

“I ended up going to school on a very cold morning, and before I was halfway there, I was crying from the pain in my feet. A nice man stopped and asked what was wrong. He helped me calm down and half-carried me the 2 blocks to the school. I probably wouldn’t get in his car or let him fully carry me. I don’t trust strangers that much. He came in and took me to the nurse who helped me with my wet, cold shoes. I think my mom had to go buy me boots that day because we both got boots.

“I think about him a lot. I don’t know his name, and even if he were standing next to me I wouldn’t know him. But his kindness meant a lot to me.”

6) RynoLanerz wrote this: “I remember being about 7 years old and I crashed my bicycle into a handicapped sign in my apartment complex. I know… hahaha. I crashed and hurt my leg badly (ended up being broken) and a guy walked by and saw it happen. I was crying my eyes out, but he did nothing. I remember his dumb face staring at me as he walked by and did nothing. Sure I wonder about that *ssh*le, but it’s the young couple I remember. They saw the aftermath and came and picked me up and carried me back to my apartment where my mother took me inside to give me a warm bath because she didn’t believe the severity [of the accident] at the time. I am 31 now and that couple had to have been mid 20’s. So they would be like in their 50s or so now. I always wonder [about them]. Maybe they were brother and sister? Are they still together? Alive? Plus I live in a completely different state now on the opposite side of the country. Maybe one or both live in the same state as me again. Hmmmmm … always the mysteries of our fellow human beings.”

For More Information: Redwinevino, “Is there a person whom you met once in your life and are likely to never meet again that you sometimes think of? Who is that person?” Reddit. 2 August 2015