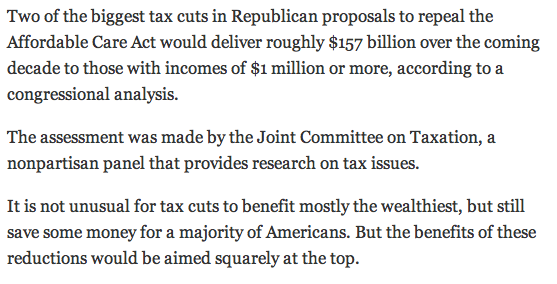 Two of the biggest tax cuts in Republican proposals to repeal the Affordable Care Act would deliver roughly $157 billion over the coming decade to those with incomes of $1 million or more, according to a congressional analysis.

This entry was posted in Uncategorized and tagged Recommended Reading, Trump, Trumpcare. Bookmark the permalink.